An economist looks at veiling

I suppose it had to happen, lol. I quote

Veiling among Muslim women is modeled as a commitment mechanism that limits temptation to deviate from religious norms of behavior. Our analysis suggests that veiling is a strategy for integration, enabling women to take up outside economic opportunities while preserving their reputation within the community. This accounts for puzzling features of the new veiling movement
since the 1970s. Veiling also has surprising eﬀects on the intergenerational transmission of values. Compulsory veiling laws can lead to a decline in religiosity. Bans on veiling can inhibit social integration and increase religiosity

Veiling has been on the increase pretty much over the past few years. But the authors actually draw up an econometric model, very interesting and amusing. But here’s an interesting paragraph

In recent work, Meyersson (2010) uses a regression discontinuity design, to compare the economic outcomes of elections where an Islamic party won or lost municipal mayor seats by a narrow margin.
He ﬁnds that rule by an Islamic party leads to higher female (secular) education, particularly in poorer and more religious areas. Islamic rule also leads to greater female labor
24force participation and shifts in female employment from agriculture to services. Meyersson provides evidence that ruling Islamic parties increased provision of religious “add
ons” such as Qur’anic study centers, prayer rooms and dormitories where the headscarf
could be worn, creating a more religious educational environment that induced conservative Muslims to send their daughters to state schools, where the headscarf is banned.
This suggests that one’s choice of veiling and one’s general environment are substitutes.

This will send the people who think about women’s rights into a bit of a conniption. Can you imagine the dilemma? Veiling allows women to get more educated? 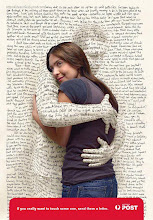